About the artist:
Niels Peter Lomholt is a Danish visual artist.
Since his graduation (MFA) from Bath Academy of Art, England in 1969,
Lomholt has practiced in three different fields of art:

Lomholt has worked extensively in different forms of video, tapes and installations with a point of departure in conceptual art and the avant-garde film movement of the 1960 – 1970. Photography and the Mail Art network have been used to develop different types of narratives and performative structures. Works such as Demons Voice’s (1996) is created as a dialogue with the Danish painter J. F. Willumsen (1863 – 1958). The ZOOn/nn series (1993 – 1999) is an extensive project with a focus on the human relationship to zoology. Other large scale video installations are Intermission 1965 – 1982 (2000), City U.T. (2003). Lomholt’s work has been exhibited regularly during the last 40 years in Denmark and abroad. 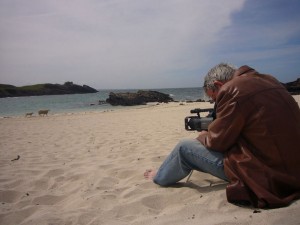