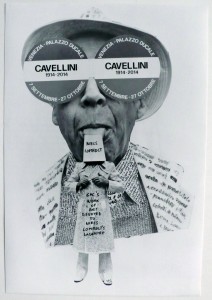 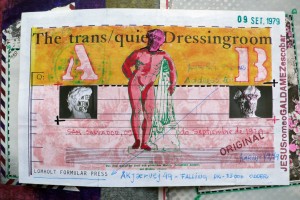 The mail art phenomenon, maybe the first truly global experiment in creative networking, arose in the Sixties (with notable pioneers dating back to Futurism and Dada) and reached a peak in the flurry of activities of the Eighties, involving thousands of authors worldwide. After that, in the Nineties the so called “Eternal Network” began its slow metamorphosis from paper-based exchanges to digital contacts, on account of the increasing postage rates and of the spreading of the Internet. This also meant that researchers and networkers alike have started to gain, in recent years, a more detached, objective and scientific perspective on the subject of postal art, with the appearance in print of essays meant to document with impartiality the history, theories and techniques of creative correspondence.

2010 in particular has seen the publication of several new books devoted to mail art, like the general survey of the genre written in Argentina by veteran networker Graciela Gutierrez Marx, or titles dedicated to single postal art “legends” and projects, like the well researched Amazing Letters: The Life and Art of David Zack edited in Canada by Istvan Kantor, the monography Pêle-Mêle by and about the extraordinary Belgian mail artist Guy Bleus, or International Union Of Mail-Artists overview 1988-2008 by the Dutch networker Ruud Janssen, about twenty years of his IUOMA project (not to mention several interesting catalogues, like From BMC to NYC – The Tutelary Years of Ray Johnson 1943-1967, for a show at the notorious Black Mountain College of Asheville, NC).

But by far the most outstanding (and unexpected) mail art-related tome of 2010 has been the huge Lomholt Mail Art Archive, Fotowerke and Video Works edited in Denmark by Niels Peter Lomholt and Lene Aagaard Denhart for Lomholt Formular Press. With its 640 pages in a heavy and precious cloth-bound edition, richly illustrated in colour, this book is a milestone effort that documents the several personal and collective projects organized by veteran networker N.P. Lomholt since the early Seventies. Publications of this kind usually focus on the documentation of a single project or of the body of work of a single artist, but even if the personality of Lomholt is at the centre of the essays by various art critics and experts that constitute the textual frame of the book, over 3000 (!) photographs and images also document in detail the kind of relationships established by Lomholt with hundreds of contacts worldwide, some of which (from Al Ackerman to David Zack) were seminal figures in the early phases of correspondence art. The several “formular” projects in particular, consisting in (often cryptic) printed forms to be completed by the various correspondents, constitute a clever variation of the traditional “add to and return” mail art practice and a fruitful device to combine personal areas of interest (and obsession) and a multifaceted collective feedback. The book – that requires sharp eyesight or a magnifying glass to study the more miniaturized documents – is a fair representation of Lomholt’s mail art archive, with illuminating insights into the process of postal exchange (read in particular the warm and intuitive “Letter from Aunt Sara” by Danish poet and art critic Peter Laugesen), all in all constituting a sort of blueprint for a new kind of mail art study that hopefully others will imitate in the near future. If mail art has been most of all a private and underground phenomenon, while we acquire a much needed historical perspective we also need more books that can document the ideas and treasures contained in the archives that were in the “eye of the mail-storm”.

Vittore Baroni (Forte dei Marmi, 1956) is an Italian music critic and explorer of the counter-cultures. Since the mid-1970′s he is also one of the most active and respected promoters of the planetary circuit of mail art. He has written or edited various books on aspects of the “networking cultures” that anticipated the Internet, among which is the mail art guide Arte Postale – Guida al network della corrispondenza creativa (AAA Edizioni, Bertiolo, 1997). E.O.N. Archive, Via C. Battista 339, 55049 Viareggio, Italy. – vittorebaroni@alice.it 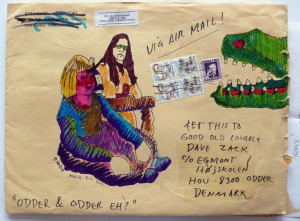 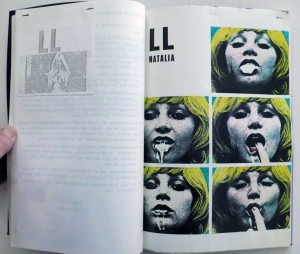 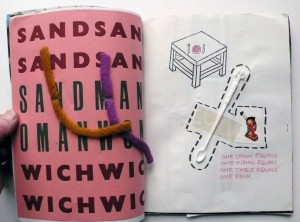 The Lomholt Mail Art Archive book was of course a triumph, but I hadn’t heard so much from NL since. We spoke a bit about the way financial terms have infiltrated our daily life and speech, and like the good mail artist he is he was kind enough to send a couple of updates from his Scottish exile, but that was about it – until he suddenly contacted me with a request to collaborate in a net-based exhibition of the Archive via the website of the Museum of Contemporary Art in Roskilde. Nothing is certain yet, but I danced a mad little jig anyway and said “yes” straight away.

Having spent the past two years agonising about the implications of digitalising memories and mementos of old Fluxus festivals – as one of the people behind The Lunatics Are On the Loose!… European Fluxus Festivals, 1962-1978; see our website for further information – NL’s proposition was right up my street. The mantra that Fluxus, mail art and all those other alternatives to traditional artistic communication that were formulated during the 1960s and 1970s, are predecessors of today’s digital and net-based art, has been repeated so often that we have stopped to think about what it really means. It is high time to turn the statement around. Time to stop prattling about how much mail art has done for the internet and to ask what the internet can do for mail art instead – of course, being an academic with a special interest in museums and archives, I mean in an academic, museological and archival sort of way.

If mail art is allowed to enter the sacred halls of the museum at all, it has a tendency to end up in the archive. That is where museums tend to store notes, scribbles, private musings, snapshots, slides, stickers, and all those countless other things that don’t look like a painting or a sculpture. In the archive, the alphabet and the timeline are rigorously applied to regiment those unruly materials; and if they ever see the light of day again, they are blocked from direct contact by gloves or glass, like so many criminals. If ever there was an art that was powered by personal interests, convictions and obsessions, it was mail art; if ever there was an art that addressed people as individuals, it was mail art; but our museums and archives have real difficulties allowing it to continue to be and do that.

What is called for is a new way of thinking. No longer, as Beryl Graham and Sarah Cook so beautifully put it in Rethinking Curating: Art after New Media (2010), in “nouns of medium” but in “verbs of behaviour”. We have to stop seeing mail art works as pieces of paper –fodder for the archive – and to start seeing them as offers of communication. We have to stop seeing them as evidence of past exchanges and to start seeing them as possibilities for interaction in the present. As well, the academic in me hurries to add, because professionally speaking they are invaluable to me as historical documents.

But the fact remains that under the rule of the alphabet and the timeline, the personal tends to disappear. Digital displays are eminently suited to remedy this. They can be structured as archives, but they can also be structured differently. They can be constructed to address the individual instead of an imagined totality of mankind; they can be structured rhizomatically instead of hierarchically; they can be primed for exploration on the basis of curiosity instead of need-to-know. The Fluxus archive is one attempt to forget the traditional archive for a moment and explore the alternative form, but the prospect of a second chance, uncertain as it is as yet, is a thrilling one.
- Peter van der Meijden 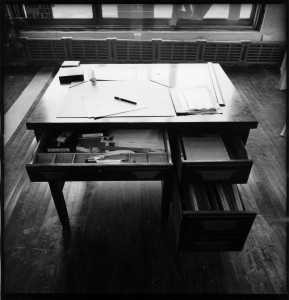 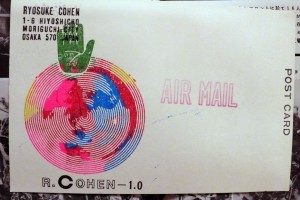 TERRY REID: LOMHOLT BOOKWERKE
GET THIS TO RICHARD LARTER

Hi Dick
Have had quick browse through the LOMHOLT BOOKWERKE – pretty amazing stuff, a major job to pull this together and done so well.  Provides a good slice of what was happening in Niels sweep of the horizon during that space of time, although does not investigate the foundation or more recent electronic shifts.

He certainly balances his coverage, representing artists he was connected to in a highly reasonable way - think it should meet their critical demands…..AND I like the way he has balanced this so, not only is it useful as a research tool, but a casual browser can as easily enjoy it…….it could easily have been an unrelenting and tiresome catalogue, but instead has balance and flow.  Think it was an excellent idea to highlight his chief correspondents in the A-Z section so that the reader/viewer gets a full visual four-course meal from a selection of artists; also like how that further allows cross-overs in imagery between the artists, e.g.:  Lomholt formats from former group projects provide internal page grids within the pages for numerous artists; Pat L gets to romp and rant from her own extensive pages into the pages of so many of her/his correspondents – in this regard, I do not remember anyone else giving us such a rich feast as Niels has done with this publication. 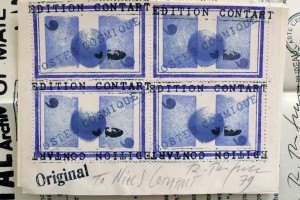